Who should take the world’s refugees?

The debate on what we, and the rest of the world, should do about the forced displacement of 1 in 14 of the world’s population is increasingly polarised. Arguments become angry. This is at least partly because it’s difficult to have a reasoned discussion if you are unable to acknowledge other points of view than your own.

This article aims to lay out the various factors which influence people’s view, to try and encourage a clearer and less adversarial discussion.

Where do refugees come from?

This map shows the position at the end of 2014 but the proportions remain similar: the big flows are from countries where there is war, violence, and human rights abuse – often more than one of those three.

There’s an interesting interactive map of this on youtube, which gives more detail:

What forms our opinions of the refugee crisis?

Listening to the debate, whoever is doing the debating and wherever it occurs, I think there are essentially four threads of arguments which seem to rule opinion.

First: Humanitarian response versus fear of the stranger

The humanitarian arguments for helping people out of terrible situations are straightforward and we all understand them. We all have some sense of responsibility for others, although the weight we give it varies with our personalities and life experiences, and with our perception of those who need help.

These views are opposed by our instinctive wariness of ‘the stranger.’:

The wish to respond in moral way is complicated by concern that a humanitarian response encourages more refugees to take more risks. The government used this argument to cancel the Dubs amendment, bringing in unaccompanied children.

This is countered by the view that those who become displaced would flee anyway because they are leaving impossible situations. There are already 50,000 unaccompanied children in Europe, we have taken only 200. Can taking 200 really make a significant difference to this flow? Couldn’t we take more?

These look at the economic costs and benefit to host countries and to their countries of origin, of the movement of bright and resourceful people.

For the new country:

The long term benefits of admitting a young, resourceful population are broadly accepted to be economically positive. More working people means a bigger economy, so there is more for us all.

A few people argue that as more people come in an economy will not grow  – but there seems to be no evidence to support this view. They point out that refugees initially need support, in terms of health and social care and, perhaps, retraining, so there is a short term cost before the long term benefit.

How big is the short term cost? Will the long term gain affect you personally?  It’s hard to find a quality analysis of what taking in large numbers of refugees means for us. A 2012 study by the Refugee Studies Centre in Oxford, ‘Guidelines for Assessing the Impacts and Costs of Forced Displacement’ looks at economic and financial consequences of development and humanitarian assistance. sme338-impac-report_v8

For the country left behind

If the brightest and most able drain away does that make the home country even less attractive for those that remain, draining the chance of recovery and growth? If we help the displaced rather than forcing them home are we doing a bad thing?

But if enough refugees become educated, work hard and share their earned wealth or expertise with the country back home, that country may also benefits and grows.

And when a country is at war, starving, or fails to respect its citizens’ basic human rights, how much can the brightest and most able contribute anyway?

There are already twenty million displaced people knocking at the doors of developed countries. The practical argument says if we reject them they won’t go away.  Doing nothing is not an option as we are already doing something:

The cost argument says it’s not our problem – but Europe is already paying to support them through an EU programme called Madad which supports refugees already in Europe. 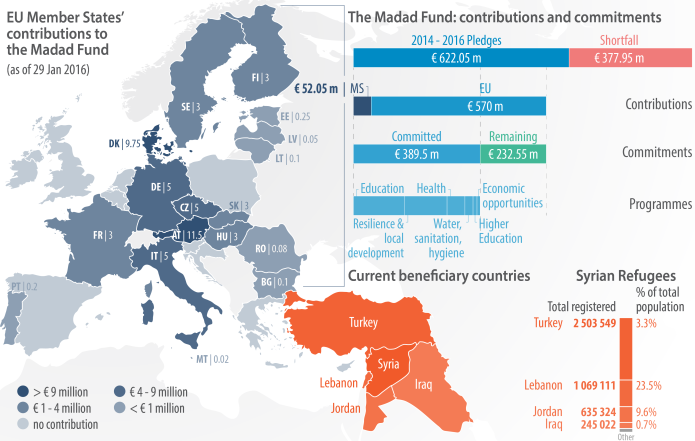 What about economic migrants?

Is this a binary distinction? Economic migrants are still seeking human rights which are denied them at home. These emphasise the right to education and clean water, rather than the right not to be tortured or enslaved – but they are still human rights.

The arguments in favour of taking refugees:

The arguments against taking refugees:

This is where I stand:

I stand for taking more refugees. Many more.

Christmas must be a time to consider persecuted Christians, and few are more persecuted than in North Korea, an Orwellian dystopia in which religious belief justifies brutality that is as […]
Christmas in North Korea

The Hills of Bisesero

It is 28 years since the Rwandan genocide, and fugitive genocidaires may well have thought their chance of facing retribution was fading with the dwindling numbers of survivors. In November […]
The Hills of Bisesero

Is the situation in Israel apartheid?

In January Btselem, a human rights organisation, accused Israel of apartheid. Last week Human Rights Watch did the same. The basis of both accusations is that Israel is not one […]
Is the situation in Israel apartheid?